When Christina Applegate’s father was 8 years old, his paternal grandmother informed him over breakfast one morning that his mother had been beaten to death outside of a bar the night before. An unimaginable thing to share with a child for many reasons, the least of which being that it just wasn’t true: his mother actually died years later of pulmonary tuberculosis. Christina teamed up with the genealogists, researchers and historians at Who Do You Think You Are? to find out the real story: when did Bob’s mother send him to live with his paternal grandmother, and, ultimately, why wasn’t she able to care for him herself? 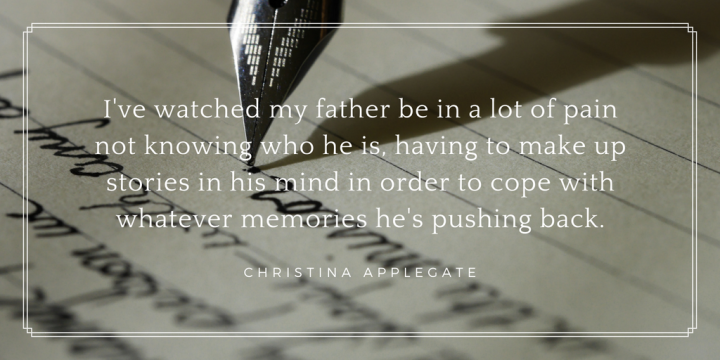 According to his birth certificate, Robert William “Bob” Applegate was born on November 10, 1942 in Trenton, New Jersey to Paul Schallar Applegate and Lavina Victorine Shaw. His parents were married in June of 1941, and the family lived at 522 Market Street in the city; at the time of their wedding, Paul was 27 years old, and Lavina was only 20. A quick search in the local newspaper archives revealed Lavina’s parents’ names, Ovid and Lavina (Weaver) Shaw, and a younger sister, Delilah (b. 1925). Lavina’s family had a comfortable home and enough money to take an automobile tour around New Jersey and Pennsylvania, but by the 1940s, everyone in the family was out of work, and the money had largely dried up.

Maybe this is one of the reasons that Paul and Lavina decided to marry: in addition to being young and in love, the couple may have needed to combine incomes in the wake of the Stock Market Crash. Whatever the reason, Paul and Lavina were only married for four years; in 1945, Paul filed for full custody of Bob, alleging that Lavina was unfit and unable to care for their son. Lavina refuted Paul’s accusations, stating that “he was always drunk or had been drinking and in every instance he was disorderly and threatening.” The judge awarded full custody to Lavina (as was common at the time), and at the age of 5 years old, Bob was completely under the care of his mother and maternal grandmother. 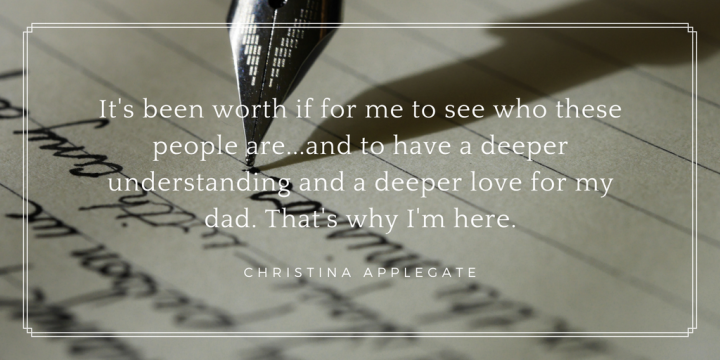 Lavina worked around-the-clock, and she would often leave Bob with her mother until she got home from work. Bob remembered living with his materal grandmother as a child, and he had always wondered when his mother made the decision to send him to live with his father’s mother; his maternal grandmother’s death certificate held the answer. Lavina (Weaver) Shaw passed away on February 18, 1946 at the age of 59, leaving Lavina a single mother with a toddler to raise on her own. Lavina must have made the decision to send Bob to live with her ex-husband’s mother soon after her own mother’s death; I cannot imagine how difficult that decision would have been for her.

Bob’s mother died on March 30, 1955 in Trenton of pulmonary tuberculosis caused by cirrhosis of the liver, chronic alcholism and nutritional anemia; she was only 33 years old. He had been told his whole life that his mother had passed away when he was 8 years old, and he was heartbroken to learn that she was alive until he turned 13. After all this bad news, Christina told him the good: “The beauty of this is that you can be incredibly proud that you broke the pattern and that you raised all of us, giving us strength and intelligence and talent and fight. And you did that with no help of anyone, dad. That’s pretty amazing. That’s how I feel at the end of this whole thing; this is the good part of this story.” 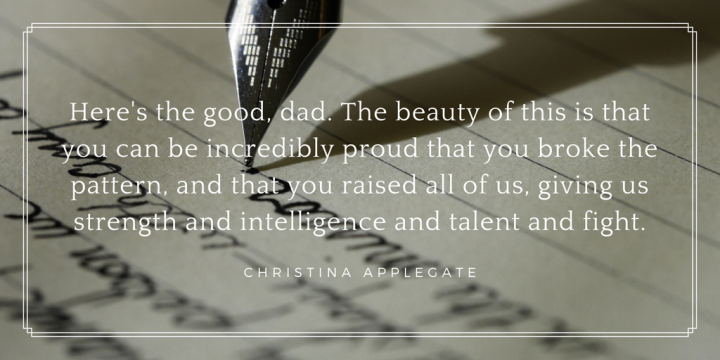 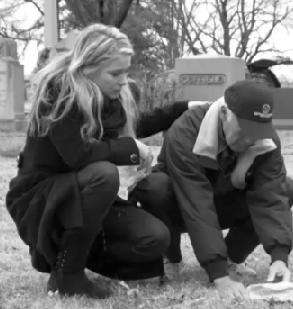 At the end of their Who Do You Think You Are? journey, Bob and Christina traveled to Riverview Cemetery in Trenton to visit Lavina’s grave. Lavina was buried with her father, Ovid, and her sister, Delilah, and she purchased a plot for Bob to be buried with her, as well. There was no headstone to mark the location of their burials, so Bob and Christina arranged a bouquet of flowers on her grave; later, Bob purchased a headstone for the plot that includes the first photo he had ever seen of his mother in addition to the words, “Mom, I found you.”

“As dark as it is, there will be, on the other side of this, a man, 70 years old, who knows where he came from. And I hope, I really, really hope in my heart that at the end of the process he really sees what a miracle he is…I hope that over time he can heal from this and rewrite the wrongs. The good in this scenario is the word foregiveness. I hope that he’s found some forgiveness to his mother.” 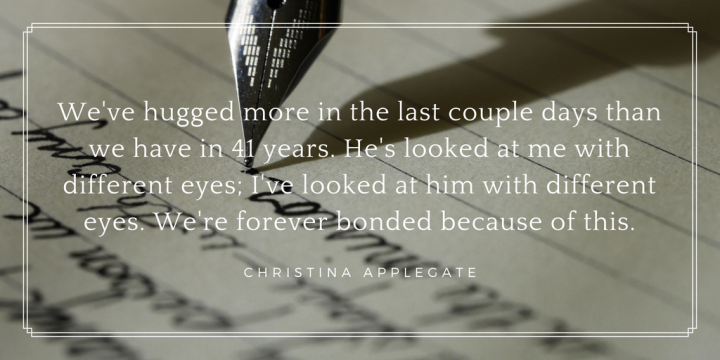 If you’ve downloaded the We’re Related app, you’ll know that it gives you dozens and dozes of potential cousin matches; I’m supposedly related to Helen Keller, Mark Twain, Henry David Thoreau and Walt Disney (if only!). The only cousin match that’s actually correct, though, is Christina Applegate. We’re 11th cousins 2x removed, and our common ancestor is Thomas Applegate of Gravesend, New York. Christina descends from Thomas’ son, Thomas, who settled in New Jersey, while I descend from his son, Bartholomew, who moved to Kentucky. Even though we’re really not related at all, I love this story: it reminds me of how very much I love my own dad and of how proud I am of him for breaking the pattern in our family tree. Christina’s final quote is the perfect way to end the Applegate Origins series, too: 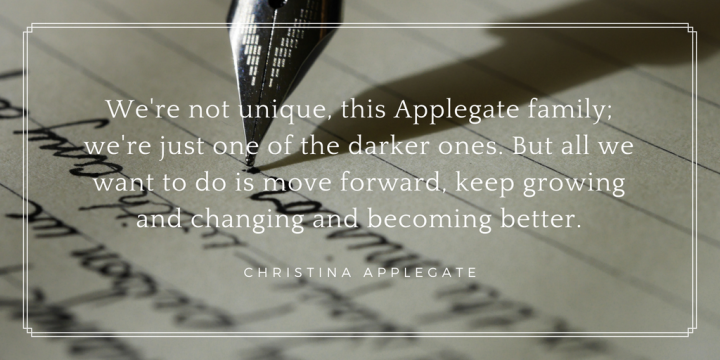 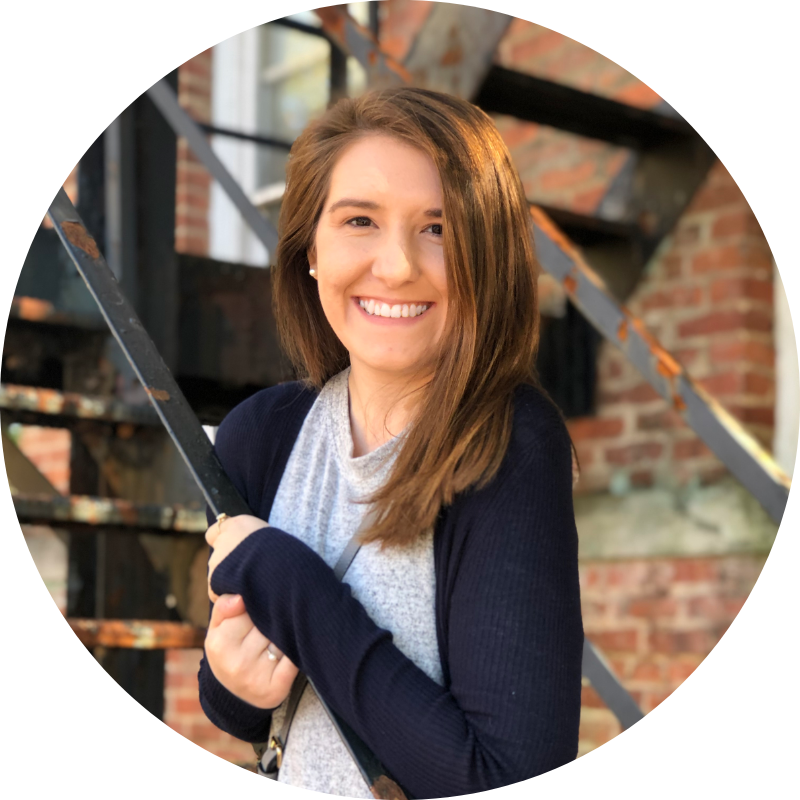