Finding another teacher in the family always makes my day; it’s been my dream to become a teacher myself for years now, and I often feel more connected to the stories of my schoolteacher ancestors than to those long-ago ancestors whose daily lives are more difficult to imagine. Elmer Nelson Horey of Fredonia, New York was the first schoolteacher I discovered in my family tree, and his experiences as a German Prisoner of War during World War II are all parts harrowing, heartbreaking and uplifting. Ethel Koons of Webster, Kansas is now the second schoolteacher in the family, and like Elmer, her story is both inspiring and, in the end, devastating.

Ethel Margaret Koons was born on July 10, 1894 in Bow Creek Township, Kansas to Joseph Price Koons and Della Caroline Baker. She was the oldest of eight children–Harry Jay (b. 1896), Everett Standard (b. 1897), Myrtle Fae (b. 1898), Alta Melvina (b. 1901), Andrew Luther (b. 1905), Wilma Ruby (b. 1909) and Florence Irene (b. 1911)–and from a young age, she wanted to be a teacher. As the oldest, Ethel grew up taking care of her younger siblings–something I identify with as the oldest of four children–and working with students seemed like the perfect path.

Ethel studied in a one-room schoolhouse in Twin Mound, Kansas before attending White Star School in nearby Alcona Township where her aunt, Solora Maude (Baker) Riffe, was teaching. White Star set Ethel up to pass her entrance exams with flying colors, and she was accepted into the Teacher’s Institute at Kansas State Normal School in Hays to begin her training. She proved to be a compassionate, dedicated and creative teacher, and within a few years, Ethel had acquired her teaching license and was working in and around her hometown of Bow Creek.

An opportunity to open a new school in a recently-established township took Ethel west to Hill City, Idaho in 1920. While Ethel loved teaching in Hill City, she missed her parents and younger siblings terribly, so she decided to take a quick trip home to visit everyone over break. Ethel’s younger sister, Myrtle, was engaged to Albert Felderman at the time of her visit, and the pair decided to get married while Ethel was still in town. Ethel was Myrtle’s maid of honor, and their brother, Harry, was Albert’s best man. A party was planned back at the house to celebrate the newlyweds, but the drive home from the courthouse changed the course of Ethel’s story forever.

The headline in the The Stockton Review on the morning of Thursday, August 18, 1921 read, “TERRIBLE ACCIDENT: Last evening about 8:30 occurred one of the worst auto accidents ever had in this vicinity. Albert Felderman and his bride of a few hours, accompanied by her brother and sister, Harry and Ethel Koons, were driving north from Webster when about one and three-fourths miles out they met a tourist car from Westmoreland. Felderman drove to one side of the road to let it pass but in so doing he struck a ditch in the weeds which forced the steering wheel from his hands and the car turned completely over twice.

Miss Ethel Koons suffered an injury to the spine causing the blood to become clotted in the spinal column just below the neck and paralyzing the entire body below the third rib. Her recovery is very doubtful. Mr. Felderman was severely cut about the head, requiring several stitches in the scalp. The bride and her brother escaped with only minor injuries. The tourists picked them up and drove back to Stockton with them where medical aid was summoned and everything is being done for the injured that skill can do.”

Ethel briefly regained some movement and feeling in her legs before passing away on September 9, 1921 at the age of 27. Her obituary reports that she “lived 22 days with a broken neck” and that “practically her whole body had been paralyzed and she was a constant sufferer since the accident.” Ethel’s family, friends and students adored her, and dozens made the long trek across the country to attend her funeral. The young woman’s impact on the lives of others is best summed up, though, in a statement published by her colleagues in the local newspaper a few weeks later: “Ethel Koons recently passed to the Great Beyond, leaving a vacancy in our circle that can never be filled.”

Finding another teacher in the family always makes my day, but discovering the conclusion of Ethel’s story has left me almost frozen. It’s a heart-wrenching story: Ethel viewed the ability to teach and to work with students as a gift, and to have that ability taken away in an instant is unimaginable–especially on the happiest of days, your younger sister’s wedding day. It really puts everything into perspective: even on the days when I’m bone-tired and have harped on my students all class, I’ll try to remember my dreams of becoming a teacher. I’ll try to remember that the ability to teach is a gift–one that truly can be taken away in an instant.

24 thoughts on “Another Teacher in the Family” 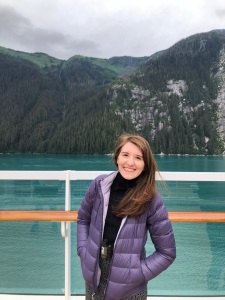