This is my second post in a new weekly series, Behind the Photo, that features the stories, histories and ancestors behind my most popular Wordless Wednesday photographs. Back in August, I shared a photo of Virginia Mary Wagner in a World War II-era nursing uniform. She was standing behind a sign that read, “Reserved for Food Drive,” and her friends snapped the photo as she covered up the words to read, “Reserved for Food.” I love how much of Virginia’s personality shines through this picture, and it reminds me of my friends and I–we’d probably take a photo with a “Reserved for Food” sign, too.

Sisters of Charity Hospital was founded in 1848 as a general care, surgical and teaching hospital; at the time, Western New York had a number of private medical offices, but the city lacked a central hospital. As the oldest hospital in Buffalo, Sisters of Charity has experienced multiple expansions to the original facility and has contributed to many advances in medical science. The hospital’s School of Nursing was in operation between 1889 and 1999; Virginia was searching for a nursing school with an excellent reputation in the medical community, and with Sisters of Charity’s connections to the convent in Emmitsburg, it seemed like a perfect fit. (Many Wagner’s, including my great-grandmother, entered the convent in Emmitsburg, Maryland in the 1940s.)

Virginia graduated from the School of Nursing on May 25, 1947 at the age of 18, and she worked as a registered nurse at Sisters of Charity Hospital for 43 years before retiring in 1990. She was an accomplished, driven and hardworking young woman who was honing her skills as a nurse in the years immediately following World War II. Working with recent war veterans was tough, but she made a tremendous impact on the wellbeing and recovery of each and every one of her patients. Virginia was clearly a strong woman, but I love the way her sense of humor translates through her “Reserved for Food” photograph, too. 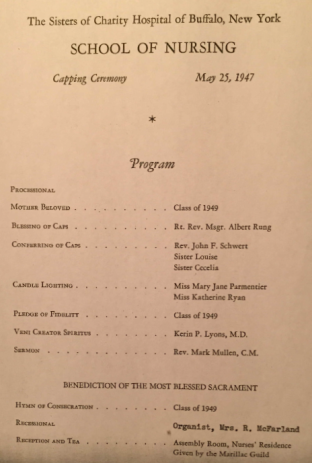 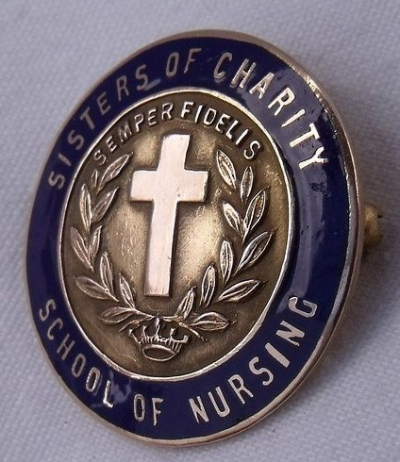